Gail Huff: Scott Brown's own Girl With A Curious Hand
Now for once we get the guy in truck with no where to run 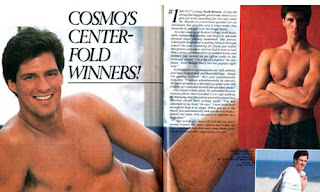 Will he be caught without his clothes on

After campaigning at arm’s length, Senator Scott Brown and the Democrat trying to unseat him, Harvard Law School professor Elizabeth Warren, were meeting face-to-face tonight for the first of four debates in their hotly contested race.
Boston.com, BostonGlobe.com, and “Political Intelligence” were providing this live blog to recap the run-up to the event, the candidate back-and-forth, and the post-debate spin.
Read below for the latest update.
The debate itself was preceded with some drama amid questions about whether Brown would be able to break free from Capitol Hill to return to Boston. He left the capital at mid-afternoon and was not expected back in Massachusetts until just before the debate began at 7 p.m. EDT.
Brown, the Republican incumbent, said earlier this week he planned to use the debate to highlight the differences in the political philosophies he and Warren embrace, as well as his interest in job creation and what he labeled her “radical, Occupy Wall Street” views.
Warren, trying to win seat back for the Democrats after Brown won a 2010 special election to replace a party icon, the late Senator Edward M. Kennedy, said she planned to underscore where she and Brown would diverge on votes she considered important for Massachusetts.
She highlighted votes he cast on summer jobs programs, as well as his support for what she termed oil industry subsidies.
The hour-long debate was being moderated by Jon Keller, the political analyst for WBZ-TV and a veteran observer of the Massachusetts political scene.
The candidates will also debate next month in Lowell, Springfield, and Boston.
---
6:20 p.m. - Senator Brown has arrived, pulling up in is green pickup truck.
Of the drama surrounding his departure from Washington, he told reporters, “I’ve never seen anything like it.”
---
6:40 p.m. - In testament to her union backing, Warren benefitted from a big labor turnout outside the WBZ-TV studios. Her signholders vastly outnumbered the smattering who turned out for Brown.
One hardy Brown backer, Jack Patts of Quincy, said, “I like Scott. I’ve been following him for years.”
He said he liked Brown’s bipartisan work.
“The crossover thing,” said Patts, a 60-year-old insurance claims adjuster. “It’s just getting too crazy, the Republicans and the Democrats. He’s doing the right thing.”
Joe McDermott, a union carpenter from Dorchester, helped hold a sign for Warren.
“Elizabeth Warren has done more for the working people and working families than Scott Brown,” said McDermott, 55. She’s a consumer watchdog. The Republicans blocked her from heading the [Consumer Financial Protection Bureau]. She’s going to be the Democrats’ revenge - in the Senate.”
Blog can be found here: http://www.boston.com/politicalintelligence/2012/09/20/live-blog-first-debate-between-senator-scott-brown-and-challenger-elizabeth-warren/fKJ1cbXDuUQ0uAeHbYrARJ/story.html
Posted by Gary Floyd at 4:05 PM

This is another close friend from the writing world. Nicole is a wonderful writer dealing in the world of young adult fiction. She has a real flair for action and bringing that world to life. This site highly recommends this book.

Confessions of a Union Buster

The Untold History of the United States [Hardcover]

Nothing to Fear: FDR's Inner Circle and the Hundred Days That Created ModernAmerica

Be one of the first to own this movie.

Truly one of the best shows on television

Out Across the Nowhere

A close personal friend of mine, a friend of the blog, who has contributed an article on nursing homes and had her fiction here: http://laborspains.blogspot.com/2011/08/hungry-original-fiction-that-first.html

The story behind the most important president of the twentieth century

The Lincolns: A house Divided

As important as anything done on Lincoln.

The Death and Life of the Great American School System

Days of Destruction, Days of Revolt

The Price of Inequality: How Today's Divided Society Endangers Our Future

The Woman Behind the New Deal: The Life and Legacy of Frances Perkins

One of the heartbeats of the New Deal

Billionaires & Ballot Bandits: How to Steal an Election in 9 Easy Steps [Paperback]

The man who broke Bush's Florida fiasco in 2000. Anything Greg Palast writes I recommend

Stop The War On Workers

The War On The Middle Class: The One War We're Winning

It's Not Pension Reform; It's Pension Default

The Labor Movement: The folks who brought you the weekend. Bumper Sticker.

The Rites Of Spring

This is a great book of the birth of the Twentieth Century that the blog gives two thumbs up.

The Crime Of Our Time

Orwell Rolls In His Grave

A great movie on the modern American media

This is another Wildacre alum and a fine writer.

I've been in class with Susan a few times. She worked for the CIA. This is an intelligent and funny book.

I've known Michele. She is a fine writer. This is an excerpt published here: http://laborspains.blogspot.com/2012/03/angel-story-of-workers-from-south-of.html

What's The Matter With Kansas?

"Like a French Revolution in reverse-one in which the sansculottes pour down the streets demanding more power for the aristocracy-the backlash pushes the spectrum of the acceptable to the right, to the right, farther to the right." http://laborspains.blogspot.com/2012/06/two-quotes-from-thomas-frank-on-this.html

Gary Floyd
A writer, an historian, a teacher,a union member, a traveler and an all around good Joe.